Working effectively in Partnerships and Alliances

Dealing with conflict – you may be stuck with traditional responses -combat or avoidance. We need to think about this differently in future and do perhaps the hardest thing – get into the perspective of our opposite numbers.

In the first part of this series we asked you to pause, sit back and think about why the responses of another party might not be as you would expect. The point of this is not to enable you to better deduce what’s in the other party’s mind. It’s is to force your brain into a receptive, rather than attacking mindset.

What is the appropriate mindset for dealing with conflict?
If you’re calm and rational, you could probably tell us! But when you’re in the heat of the moment this common sense all but disappears.
There is a a psychological reality for most of us in any situation of dispute: we think we have a photographic memory of exactly what has led up to this point, we think we are right and we know who should have done what.
You need a different mindset from this but it is not deeply psychological or complicated. It’s just reminding yourself that as you approach any conflict resolution, you won’t know exactly what’s causing it.

Start with the facts
You can’t start any conflict resolution without a sound rationale for airing it. So at the outset you should state what the facts are. Note that this should be your version of what’shappened, or what’s not happened, or something you’ve observed. It may be that you don’t like the other party’s attitude. Should you mention this? Yes, if it’s really relevant to the conflict situation (and, again, it’s something that you have observed). But if in doubt, stick to hard facts.
What you should not do, no matter how tempting, is to communicate your view of the other party’s intentions or motivation. (remember, although you may have a suspicion, you don’t know).

Listen, listen, listen
Once you’ve stated the facts and observations, calmly and rationally, it’s time to hear the other party’s point of view. This shouldn’t be difficult. Just ask some simple questions. Here’s some: “Can you describe it from your side?”, “Why’s that happening?”
OK, actually, it is difficult. Calm listening and collection of information, from a party that you may be angry with, requires self discipline and patience. You must ask open questions, one at a time. That’s not easy but the next part’s even harder: ask probing questions to really explore: “So what happened next?’, ‘Why did you decide to do that?” And so on.

At some point though, your questions stop. In particular don’t use a question to trap someone or give your point of view. If you catch yourself saying something like: “Don’t you think you guys really should have been ..” – that shouldn’t be posed as a question. So what do you do next?

Communicate the real issue – and don’t forget the feelings
Gently start this by clarifying your position: “OK. Let’s make it clear that we’re not happy with the way…”
This might lead to a mutual drive to make an agreement, but not always. If there’s pent up anger there, it will always surface some way or another. But if you and your colleagues are angry about something, being able to describe that without being angry will really help. Say: “We were really angry about..” It emphasises that you may be putting the negative emotions into the past and looking forward to a rational resolution. Equally, asking how the other party feels about a particular issue does clear the air and build a fuller understanding.

Get to where you want to be
There are three things that give you the best chance of a great resolution to any situation of conflict. One, from everything that’s been said, making solid proposals for a way forward, based on achieving mutual goals. Turn it from an argument to a rational negotiation. But remember, the advice above makes the way you do it less destructive, it’s not a magic wand to produce what isn’t available. It may need escalating to a higher level. If so, at least you have clarified that properly.

Two, learn from it. Neither party is likely to have had a pleasant experience – build a way forward with the other party to do it differently next time.
Thirdly (and this is more difficult than anything we’ve aired so far), use conflicting views, styles and ways of working as a creative opportunity. That’s the focus of the third article in this series. Coming soon! 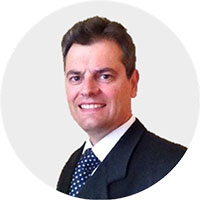